Two men have been sentenced after kidnapping a man in Thornton Heath last November.

Benjamin Oliveiro (19.12.82) and Aubin Wadman (30.06.96), both of Croydon, were sentenced to eight and nine years respectively after previously being found guilty of kidnap following a trial at Croydon Crown Court.

The court heard that at around 02:30hrs on 25 November 2019, the 49-year-old victim was parking his vehicle in Harcourt Road, CR7, when he was grabbed and bundled into the back of a van.

It then drove away at speed, driving erratically through the streets of Croydon.

While in the rear of the van, the victim managed to ring his wife who subsequently called police.

He was then able to speak to officers and provide his location from his phone.

The message was quickly passed onto a nearby unit who were able to locate the van, which failed to stop for police.

Following a pursuit, the defendants jumped out of the vehicle and attempted to flee the scene, but were tasered and detained following a short foot chase.

The victim was released by officers who was extremely shaken but unharmed.

Detective Constable Liz Old, from the South Area Basic Command Unit, who led the investigation, said: “This was a terrifying ordeal for the victim and it was thanks to his quick thinking to call his wife and provide his location that we were able to track the van down so quickly.

“We should also commend the member of the public who witnessed the kidnap and called the police, and the officers on scene who acted extremely swiftly and bravely to bring the incident to a safe conclusion.

“Oliveiro and Wadman are clearly dangerous individuals and we are glad they are now behind bars where they can cause no further harm.” 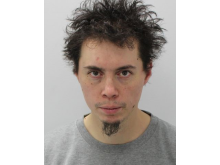 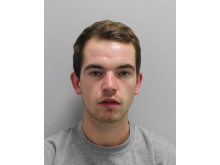 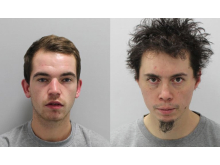