Nathan Mitra, 32, was killed in the early hours of 30 July 2020 while attending a gathering in Clements Court, Hounslow.

They were both found guilty of murder following a three-week trial.

Butt was additionally found guilty of possession of an offensive weapon. He received a additional 18-months imprisonment, to be served concurrently.

The court heard how Abdi and Butt had arrived at a flat in Clements Court to collect Abdi’s girlfriend on 30 July. A small group was gathered at the address, including Nathan.

Evidence from phone messaging showed Abdi to be a jealous and controlling individual who was annoyed that his girlfriend was in the company of others.

Almost immediately after entering the flat, Butt stabbed Nathan and tried to attack others who were present. Nathan managed to flee from the scene but succumbed to his injury a short distance away.

Both Abdi and Butt tried to evade justice by fleeing the UK to Norway within 72 hours of the attack.

Detectives from the Met’s Specialist Crime Command (Homicide) worked with extradition partners and Norwegian law enforcement to locate the suspects and return them to the UK to face trial.

Butt argued in court that Nathan had been stabbed by accident in an act of self-defence. Abdi suggested he was not party to a joint attack. In reaching their verdict, the jury rejected both claims and both were found unanimously guilty.

Detective Inspector Matt Read, Specialist Crime Command, said: “This was a senseless attack on an innocent man with two young children and his whole life ahead of him. The sentencing today reflects the horrific nature of these offences and the terrible loss of life.

“I would also like to pay a huge tribute to Nathan’s family who have had to listen to the details of the case and the lies advanced by the defendants. They have remained steadfast throughout and I hope that these convictions go some way to bringing them a degree of resolution.”

Nathan’s mother Indrani Mitra, speaking on behalf of his family, said: "I will never forget that horrific moment on 30 July 2020 when I heard the words from a police officer on the phone saying they were sorry they were unable to save Nathan. I had only said goodbye to Nathan a few hours earlier. He gave us a kiss and a big hug and said, “See you later” to me and to his two little girls. My son never came back.

“The loss of a father for any child is unimaginable. Nathan’s daughter's talk about their papa every day and want him to come home, especially his older daughter who is now five years old. Nathan had so many dreams and plans for his daughters. He worked hard and wanted to try and do the best for them. Nathan should be here with his daughters and to see them grow.

“It is a living nightmare and my feeling of sadness is overwhelming. I cannot come to terms with how my son suffered that night. My heart is broken for him. I haven’t yet begun to process the loss of Nathan. No one has." 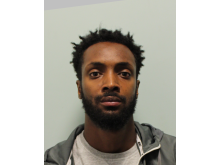 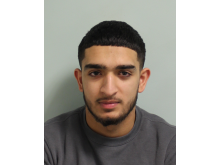 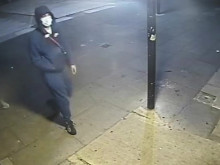