Two men have been convicted of drugs and money laundering offences after specialist officers stopped the car they were travelling in and recovered a large amount of Class A drugs and cash.

[A] Mikeljan Baca, 26 (17.06.93), of Mortimer Crescent, Camden, pleaded guilty to possession with intent to supply a Class A drug (cocaine) and money laundering at Willesden Magistrates’ Court on Wednesday, 8 April.

[B] Egli Hazizolli, 24 (15.10.95), of Mortimer Crescent, Camden, pleaded guilty to possession with intent to supply a Class A drug (cocaine) and money laundering at Harrow Crown Court on Wednesday, 6 May.

They will both be sentenced at Harrow Crown Court on Monday, 1 June.

The court heard that on Monday, 6 April, shortly before 20:40hrs, officers from Specialist Crime, supported by officers from Met Intelligence and armed officers, stopped a car in Camrose Avenue, Edgware, as part of an investigation into organised crime.

The car was being driven by Baca and Hazizolli was in the front passenger seat.

Officers searched the vehicle and found a holdall and a suitcase in the boot. Inside the holdall was approximately 14kgs of cocaine. The drugs seized by officers are believed to have a street value of £1.4 million. Inside the suitcase was just under £200,000 in cash.

Baca and Hazizolli were arrested on suspicion of possession with intent to supply Class A drugs (cocaine) and money laundering.

They were taken to a north London police station where they both answered no comment to all the questions they were asked during interview.

They were subsequently charged on Tuesday, 7 April and convicted as above.

Detective Constable Irfan Khalifa, the investigating officer from Specialist Crime, said: “This is a great fantastic example of different areas of the Met working together to crackdown on crime and remove a huge amount of Class A drugs from the streets of London. The evidence we built against Baca and Hazizolli was so overwhelming that they had no choice but to plead guilty.

“Drugs blight communities and ruin lives and so, even during these unprecedented times, the Met will continue to target those responsible for bringing them onto the streets of London.” 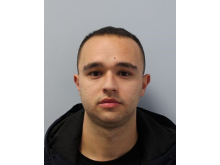 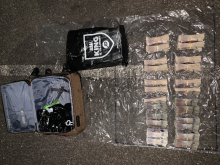 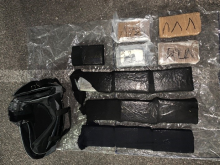 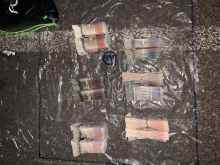 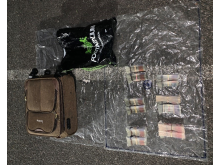 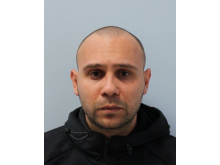