Two men who were part of a gang who broke into a property in Enfield and then shot a man have been convicted of attempted murder.

They will be sentenced on Friday, 24 September at the same court.

The jury heard that on 23 February 2019, a two-car convoy containing gang members from Brent travelled to an address in Enfield, intent on causing serious harm.

Just before 01:00hrs, a group of males, including Williams and Barnett, broke into a home in Enfield armed with a shotgun.

Three occupants inside the property, fearing for their lives, fled upstairs. The 26-year-old victim – unconnected to gangs - attempted to barricade himself behind a flimsy internal door, pushing against his attackers to try and save his life.

At this point a shotgun was fired twice simultaneously through the door hitting the victim’s abdomen, causing life threatening injuries.

The attackers then fled the property, leaving the victim seriously wounded, and returned to Brent.

The complex investigation was passed to Trident detectives from the Specialist Crime Command North West Hub. They interviewed an extensive number of witnesses, and CCTV and mobile phone enquires led them to the identify and arrest of a number of suspects.

Although there were no forensics at the scene, via painstaking analysis of automatic number pate recognition – ANPR – and phone evidence, detectives placed the defendants at the scene of the attack.

The prosecution also showed evidence from a drill music video which revealed both Williams and Barnett, and which featured other gang affiliates. The investigation revealed gang tensions around north west London identified a motive for escalating violence in the area.

DC Anthony Sinclair, of Operation Trident, said: “This was a completely mindless attack on a young man. The defendants’ actions were callous and heartless – effectively leaving a man to die at the scene.

“The victim is still recovering from his injuries. The impact on the victim and his family have been devastating.

“This has been a trying and challenging case but I'm extremely relieved that today a jury found them guilty of the crimes. It takes dangerous offenders off the streets and helps keep London safe. ‘’

The victim’s mother said: "As a result of being shot close hand with a faulty shotgun, my son sustained significant injuries during the incident. On his road to recovery he has undergone numerous surgeries and is also likely to be subjected to more surgical interventions in the future to try and manage some of the damage that has resulted from the attack.

"The impact of the shooting on the victim and his family have been significant. In addition to managing the physical injuries, we have also been left extremely traumatised as a result of the shooting.

“The shooting was gang-related, however the victim is not and has never been part of a gang. Notwithstanding this, his life has still be severely impacted by the violence and the chaos resulting from gang activity in the capital and the ongoing and often petty disputes between opposing gangs that have significant consequences.

"The family are very grateful to the Metropolitan Police for their efforts to both identify and punish the individuals responsible for the attack, and to help us understand the events that took place that night.

"Unfortunately the police were not able to charge all of the individuals they believe are responsible for the shooting. However our family is still very grateful that they were able to bring charges against some of the individuals who were involved in this incident, and that these people will face the consequences of their choices and actions and will no longer present a significant threat to public safety.'' 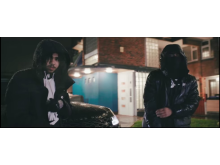 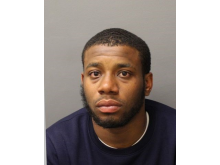 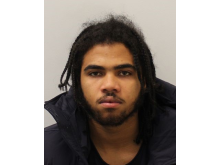 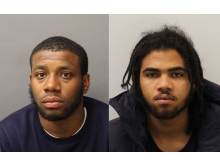