Two men have been found guilty of murder after two friends were lured to a north London street and brutally attacked.

They will be sentenced at the same court on Friday, 16 July.

The court heard how Shkelqim Paja and Besnik Berisha had known each other for around three years prior to the murders. In the last year, their friendship had become strained – this is believed to have been over a sum of money – around £15,000 - that Berisha owed to Shkelqim.

On 18 December 2019, Shkelqim raised concerns that Berisha was planning something behind his back which worried him. However, the next day (19 December) Berisha contacted him again stating that he was ready to pay back the money owed in full.

That evening, Shkelqim went to Courtlands Avenue, NW7, close to where he lived, in the company of family friend Arber Fesko.

Berisha – who owned a distinctive white Peugeot van – had met Tuwisana that afternoon in Stratford. From there they had travelled to the Highbury area of north London where they entered several hardware shops and purchased items such as lighter fluid, disposable gloves and cloths.

Shortly after 19:00hrs, CCTV captured the van outside Highbury and Islington station. From there the van travelled to Courtlands Avenue, NW7. Just after 20:00hrs two separate witnesses making their way along Courtlands Avenue reported seeing a group of men who appeared to be attacking another man. Further along the street, a second man was seen collapsed.

Police were called but on arrival no people could be found; however – blood, later found to be Shkelqim’s, was discovered along with both his, and Arber’s mobile phones. Items including cable ties, a knife and an empty knife sheath were also discovered; the knife was later forensically linked to Tuwisana and the sheath to Berisha.

Officers also identified an unopened packet of disposable gloves, identical to the ones purchased by Berisha and Tuwisana just hours earlier.

Shortly after being called to the scene of the attack, police received a call from the Sophe Lounge Restaurant and Shisha Bar (also known as Scratchwood Open Space), on the A1. Tuwisana had gone into a venue there to report he had been attacked; he was suffering a stab wound to the arm. Officers arrived and Tuwisana claimed to have tried to intervene in a fight and had himself been attacked and bundled into a black Mercedes car before being dumped at the services. The car remained abandoned outside. When officers searched it they found the body of Arber Fesko in the boot who had been stabbed multiple times; they also found cable ties and a crowbar. On searching Tuwisana, he was found to be in possession of a stun gun. Further checks established that the car belong to Shkelqim Paja. Tuwisana was taken to hospital for treatment and subsequently arrested.

The body of Shkelqim Paja was found the following day, dumped in a hedgerow in Radlett, Hertfordshire. He had also been stabbed multiple times. Items including a baseball cap and cable ties were also found.

CCTV analysis also showed the white Peugeot van belonging to Berisha being driven to and from the deposition site. Berisha was arrested on 23 December 2019 but claimed that he had sold his van on the day prior to the murders. Checks with the DVLA revealed a transfer document had been received in relation to the van, but not until 23 December. The person and address listed on the transfer was visited by police but they had no knowledge of the van.

The vehicle itself was found abandoned in Barnet on 30 December; when officers checked CCTV from the area they established it had been dumped at the location on 20 December. Inside the back of the van, Shkelqim’s blood was found confirming that his body had been transported in the vehicle. Further analysis showed blood belonging to Arber on the glove box in the front of the van, revealing someone with his blood of their hands had touched this area.

Officers also recovered a knife from the van which fitted the sheath recovered at the scene of the murders in Courtlands Avenue.

Detective Sergeant Pete Walker, from the Met’s Specialist Crime Command, said: “Throughout this investigation, the two defendants have refused to say why they carried out this brutal attack on Shkelqim Paja and Arber Fesko. However, the weight of evidence my team has gathered has spoken for itself and provided irrefutable evidence that both of these men were involved in carrying out two brutal murders.

“This has been a challenging investigation but the diligence of the evidence gathering and tenacity of the officers involved has ensured Berisha and Tuwisana have been held to account for their actions.

“Nothing will ever bring Shkelqim and Arber back, but I can only hope that these convictions can bring some sense of justice to their families.” 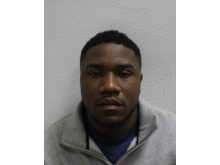 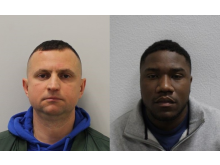 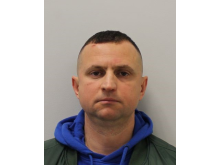