Two men have been convicted following the death of a man who was living in a makeshift camp beside the A406 in Ilford.

Ionel-Octavian Stanciu, 37 (18.04.82), of no fixed address, had previously pleaded guilty to manslaughter in March 2021 and was found guilty of murder and grievous bodily harm with intent on Thursday, 8 July following a trial at the Old Bailey.  He was sentenced at the same court on Friday, 9 July to life imprisonment with a minimum term of 31 years.

Petra Deliu, 52 (17.02.67), of no fixed address, was found guilty of manslaughter and grievous bodily harm. He was sentenced at the same court on Friday, 9 July to 12-and-a-half-years' imprisonment.

The court heard both men deliberately started a fire at the camp which resulted in the death of Ionut Manea and caused serious injuries to a second man.

Detective Sergeant Ian Valentine, from the Met's Specialist Crime Command, said: “This is a tragic case in which one man lost his life, and a second suffered horrendous burns.

“Ionut Manea came to this country to seek a better life but instead he found himself living in a makeshift camp on wasteland close to a busy road. He died in the most horrific circumstances after petrol was poured onto the campsite.

“The actions of Deliu and Stanciu were very deliberate and today they have been held to account for their actions.”

Police were called at around 23:45hrs on 18 June 2019 to reports of a fire on land next to the southbound carriageway of the A406. Officers, the London Fire Brigade and the London Ambulance Service attended.

They found 38-year-old Ionut and a second man who were living in a temporary wooden hut – suffering from serious injuries. Ionut suffered almost 100 per cent burns on his body.

He was taken to an east London hospital but later died from his injuries.

The second victim was taken to a specialist burns unit and received treatment for six weeks before being flown back to be with his family in Romania.

Deliu and Stanciu were arrested close to the scene after they were spotted attempting to flag down passing motorists, including a police officer.

Detectives from Specialist Crime launched an investigation to establish the circumstances of the fire and to identify the victims.

Ionut’s next of kin were traced to Romania and he was later identified via familial DNA.

Detectives, working with fire investigators, found that the defendants had purchased petrol from a nearby petrol garage on Ilford Lane and walked to the makeshift ‘hut’ where they immediately poured petrol over the hut and ignited it.

Traces of petrol were found beside the only door to the hut. Both occupants were likely engulfed in flames before managing to escape. Both Deliu and Stanciu were drunk at the time of the act and the reason they set the hut alight remains unclear.

They were both charged with the offences in June 2019. 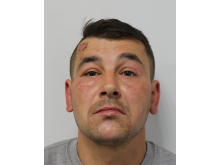 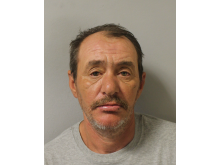