Two men have been found guilty at the Old Bailey for their involvement in the fatal stabbing of 24-year-old Asante Campbell in Hendon in February last year.

They will be sentenced at the same court on Friday, 23 April.

Detective Chief Inspector Andy Partridge, from the Specialist Crime Command, said: “Asante Campbell was a hard-working man, who was devoted to his young family. Just 15 minutes prior to his murder, he had left his fiancée and baby daughter, having volunteered to work a night shift; he never returned home to them.

“His death has left his family devastated. His young daughter will grow up without him in her life. This is the tragedy that stems from knife crime.

“The defendants, by contrast, left the scene of the murder and drove to a club to continue their night as if nothing had happened. They have been unwilling to explain why they were involved in such a ferocious and unprovoked attack on a man who had been sitting peacefully in his car.

“They chose to plead not guilty despite the overwhelming evidence that pointed to their involvement. They have now been convicted and can expect a lengthy prison sentence.

“I would also like to take this opportunity to appeal for anyone who has information regarding the outstanding suspects in this investigation to come forward and speak with us. Whilst two men have been convicted, we know that others were involved. Please help us identify them.”

On the evening of 29 February 2020, Asante Campbell, who was from Edgware, had driven to the Bellevue Estate to meet a friend before they were due to travel together to work as railway track workers. Whilst waiting in the car park, a Toyota Prius, containing the suspects, pulled up next to him.

Four men got out of the Toyota and surrounded Asante’s VW Polo. He was stabbed through his open window.

As he attempted to drive away, Asante collided with railings. He managed to continue his journey but shortly after 21:00hrs, he lost consciousness and collided with a parked car on Parson Street. Local residents quickly came to his assistance and called for an ambulance.

Emergency services attended and was taken by the London Ambulance Service to a north London hospital where he died later that night.

A post-mortem examination found cause of death to be an incised wound to the chest.

A murder investigation was launched by detectives from the Specialist Crime Command, led by Detective Chief Inspector Andy Partridge.

Enquiries remain ongoing to identify anyone else involved. If you have any information, please contact the incident room on 020 8358 0300 or contact Crimestoppers anonymously on 0800 555 111. 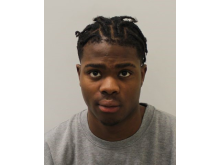 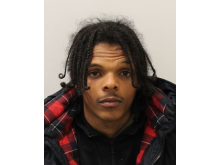 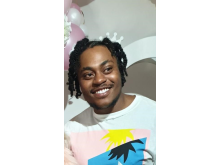 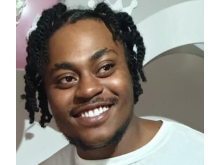