Two men who exchanged a firearm in a parked car in south London in front of covert officers have been jailed.

The court heard that shortly before 17:10hrs on Tuesday, 20 November 2018 – as part of a proactive policing operation by Specialist Crime officers – Philpott was observed by officers leaving his home address in Hemsted Road, Erith. He then made his way on foot to Birling Road, which is a distance of less than 300 yards. He was not holding any items.

Officers saw Philpott get into the front passenger seat of a black Renault Megane driven by Saunders, which was parked in Birling Road. He stayed in the car for approximately 35 seconds before walking into a nearby convenience store. The black Renault Megane drove away and was immediately stopped around the corner by covert Specialist Crime officers, with the assistance of firearms officers.

Saunders was detained by officers and was found to be in possession of amphetamine. He was arrested on suspicion of firearms and drugs offences and was subsequently bailed pending further enquiries.

Philpott was stopped by officers when he left the shop having just bought a pair of marigold rubber gloves.

Officers searched Philpott and found what appeared to be a firearm placed in several freezer bags, inside tightly wrapped black insulation tape, placed inside a torn plastic bag in his right hand tracksuit pocket.

He was arrested on suspicion of firearms offences and was taken to a south London police station.

In a prepared statement, Philpott accepted possession of the handgun stating that he thought it was an antique that was incapable of firing bullets. He added that he was on his way home where the firearm would have remained as a show piece/ornament.

However, the weapon was classified as a firearm (a revolver). Although it was classed as an antique, it is still capable of firing bullets.

Philpott was charged the next day.

Following further enquiries, including forensics and phone analysis, Saunders was charged on 2 May 2019.

Saunders DNA was found on the freezer bags and plastic bag the gun was wrapped in. Phone analysis also showed that Saunders had Googled a number of relevant things, including ‘loophole that allows criminals to own working antique guns,’ ‘does ammunition expire,’ and ‘how long do guns and bullets last.’

Phone analysis also proved that there had been telephone contact between the defendants leading up to the meet.

In a prepared statement, Saunders denied any involvement in supplying a firearm to Philpott and then answered ‘no comment’ to all the questions put to him. When he was charged with the above offences, Saunders replied ‘this is ridiculous.’

DC Marlon Guthrie, the investigating officer, said: “I am pleased that the jury saw through the defendants’ lies and chose to convict them due to the overwhelming evidence we gathered against them.

“The Met is committed to taking people like Philpott and Saunders, and the firearm they had, off the streets of London.” 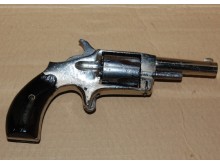 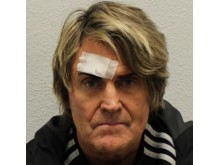 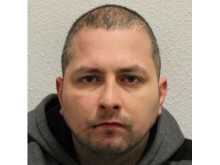