Officers searching for a man who had been reported missing from his home in Newham have located a body.

Marius Aionesi, 34, who lived in the Silvertown/Canning Town area, was last seen at around 18:00hrs on Saturday, 27 March. He was reported missing the following day.

A missing persons investigation has been under way in an effort to find Marius and on the afternoon of Tuesday, 13 April, police divers searching in the Royal Docks, near to where he was last seen, discovered a body.

While formal identification is yet to take place, detectives are confident it is that of Marius. His family have been informed and are being supported by specialist officers.

Detective Sergeant David Doig, said: “This is clearly not the outcome any of us would have wanted. Our thoughts are with Marius’ family and friends as they come to terms with this loss.

“I would like to thank all those in the local community who shared our appeal for information, your support was greatly appreciated.”

There is no evidence, at this stage, of third party involvement. Marius’ death is being treated as non-suspicious but unexplained.

A post-mortem examination will take place in due course. 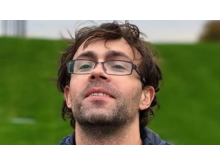