Detective continue to appeal for witnesses and footage following a fatal road traffic collision in Orpington.

Police were called to Sevenoaks Road in Orpington at 22:12hrs on Thursday, 31 October following a report of a multi-vehicle incident.

Officers, the London Fire Brigade and the London Ambulance Service attended and found two buses and one car in collision.

The driver of one of the buses, Kenneth Matcham who was aged 60 and from Gravesend, Kent, was pronounced dead at the scene.

His family have been informed.

Paramedics also treated 15 casualties at the scene. Three of the casualties were treated for serious injuries, and the remaining have minor injuries.

The driver of the car, a 20-year-old man, was arrested at the scene on suspicion of causing death by dangerous driving and drug driving.

Detectives from the Met’s Serious Collision Investigation Unit (SCIU) are investigating and are appealing for witnesses or anyone with dash cam, mobile phone or CCTV footage of the collision to urgently get in touch.

Alternatively, you can contact Crimestoppers anonymously on 0800 555 111 or online at crimestoppers-uk.org. 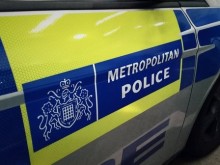 ​Police are appealing for witnesses after a fatal collision between a car and two buses.