Five teenagers will appear in court today charged with the murder of Babucar Jabbie in Walthamstow in October 2020.

All appeared at Barkingside Magistrates' Court on Friday, 26 March. They were remanded in custody to appear at the Old Bailey on Tuesday, 30 March.

Bubacar Jabbie Dukureh, 17, who was known to his family as Bubacar Jabbie, was attacked in Walthamstow on 23 October 2020.

Officers were called at 21:20hrs to Westbury Road, E17, after Bubacar Jabbie was found suffering from a stab injury. He was treated by paramedics, however despite their best efforts, was pronounced dead at the scene.

A post-mortem examination held on 27 October 2020 established the cause of death as a stab wound to the chest. 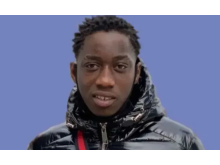