The Metropolitan Police Service investigation into the murder of Sgt Matt Ratana continues at pace.

Led by homicide detectives from the Specialist Crime Command, the team is supported by forensic specialists, search teams and local officers.

The location off Park Road includes access to several derelict buildings and more than 30 acres of land. The search is complex and is expected to take days to complete.

A search also took place of an area of London Road, Pollards Hill, South London, where the suspect was initially arrested.

The suspect remains in hospital in a critical condition. Due to his condition investigators have been unable to speak to him.

A second suspect [B] has been bailed pending further enquiries. He had been taken to a south London police station on suspicion of supplying a firearm following his arrest on Sunday, 27 September in Norwich, Norfolk. He has been bailed to a date in late October.

The inquiry is being led by specialist detectives and is not a counter terrorism investigation.

A number of officers are providing statements as witnesses as part of the post incident procedure. This process is being undertaken jointly with the Independent Office for Police Conduct. It will take some time to conclude.

Deputy Assistant Commissioner Stuart Cundy, responsible for the investigation, said: “It is five days since the murder of our colleague and our work continues at a high tempo.

“We have traced a number of witnesses who have been able to contribute significant information about the events leading up to the shooting.

“We continue to pursue multiple lines of inquiry and consider the results of initial forensic examinations, including of the gun recovered from custody.

“The murder of Sgt Ratana sent shockwaves through the Metropolitan Police Service. Nevertheless his colleagues are determined to find justice for him and his family.

“One of my priorities remains to ensure that any future prosecution is not jeopardised and I would again highlight that speculation over what took place on Friday is unhelpful.

“I would like to thank everyone for their continued support which I know has buoyed colleagues at this extremely dark time. 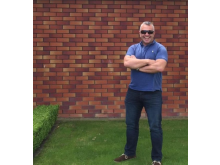