Detectives who are trying to trace the mother of an abandoned baby in Hackney have released images of the newborn in a bid to locate her.

Police are growing increasingly concerned for the welfare of the mother of a newborn baby who was found abandoned on a doorstep in Hackney on Saturday, 25 January.

Detectives are urging the mother to come forward so that she can receive medical care and support.

Officers were called by a member of the public at approximately 11:40hrs on Saturday, 25 January to Sandringham Road, E8, following reports of an abandoned baby boy. He was taken to an east London hospital by the London Ambulance Service where he remains safe and well.

The baby has been named Edward by hospital staff, after the member of public - a postman- who found him.

Baby Edward was found wearing a grey babygrow and a grey hat. He was also wrapped up in a white knitted blanket.

Following initial enquiries, it appears that Baby Edward was born outside of a hospital environment.

Baby Edward had also been fed and was left in an open place rather than somewhere secluded.

Detective Sergeant Andy Barry, from Central East Area Safeguarding Unit, said: “Baby Edward was only about 12 hours old when he was found abandoned on a doorstep in Sandringham Road. Edward is being well cared for by hospital staff and is a healthy, bonny lad.

“I am reaching out to Edward’s mother. You are my primary concern. I do not know the circumstances around Edward’s birth, but as a father myself, I understand how daunting becoming a parent can be. I can offer you help, please be assured that you are not in trouble. Edward is safe and well and your health and wellbeing is our priority.

“To anyone who may know Edward’s mother, I’d urge you to come forward and help me locate her - this can be done in confidence.

“I’d also like to hear from anyone who was in the Sandringham Road area between 10am and 12pm on Saturday, 25 January. If you noticed anything or saw someone please contact us as a matter of urgency.”

A number of enquiries have been carried out by officers including speaking to rough sleepers in the area, reviewing CCTV and ANPR work. Specialist units have also been employed to search the area.

Anyone with information is urged to call the police on 101 quoting Cad 3039/25Jan or stay anonymous by contacting the charity Crimestoppers on 0800 555 111.

Appeal to trace the mother of baby abandoned in Hackney

Police are appealing for the mother of a newborn baby boy found abandoned in a Hackney street to make contact. 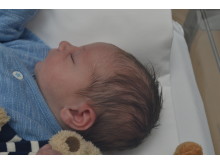 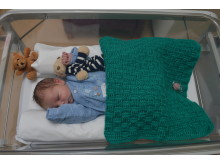 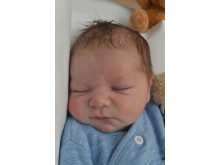 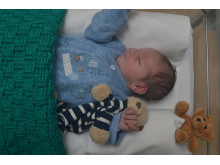 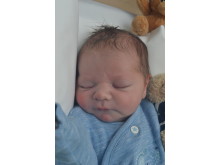