Detectives investigating the murder of 24 year-old David Gomoh in Canning Town on 26 April have charged a fourth person with his murder.

[D] David Ture, 18, (09.10.2001) of no fixed abode was arrested on Monday, 18 May. He was charged later that day with the murder of David Gomoh and conspiracy to cause grievous bodily harm with intent (toward an unknown male).

He will appear in custody at Cambridge Magistrates’ Court on Tuesday, 19 May.

This is the fourth charge in relation to the death of David Gomoh:

[A] Muhammad Jalloh, 18, (05.12.01) of Stratford, Newham, and [B] a 16-year-old boy from Telford, were both charged with murder on 3 May. They were also charged with conspiracy to cause GBH in connection with an alleged incident against a different person. This incident allegedly occurred at a different location a short while before David was fatally injured.

Both appeared at Thames Magistrates' Court on 4 May where they were remanded in custody to appear at the Old Bailey on a date to be confirmed.

On Saturday, 16 May, [C] Vagnei Colubali, 22 (18.1.98) was charged with the murder of David Gomoh, conspiracy to cause grievous bodily harm with intent (toward an unknown male) and threatening another with a knife/bladed article. He was remanded to appear to Thames Magistrates’ Court on 18 May. . We await the date of his next court appearance. 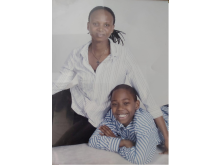 David with his mother 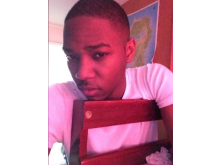 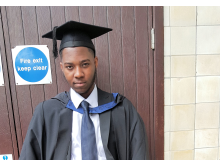 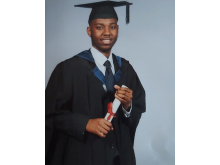 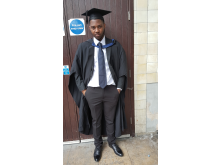