[A] A 28-year-old man, [B] a 31-year-old man and [C] a 29-year-old man remain in custody having been arrested on Tuesday, 14 September, on suspicion of murder and attempted murder.

Otas Sarkus, who was aged 20, died in hospital after being found with a gunshot injury on Raymond Road, E13, on the evening of Wednesday, 18 August.

Police were called at 22:50hrs to reports of a shooting. Officers attended along with the London Ambulance Service and Otas was taken to hospital. He was pronounced dead on Friday, 20 August.

His family have been informed and are being supported by specially trained officers.

A second man, aged 18 years old, was also found injured on a Route 238 bus on Plashet Grove. He was taken to hospital where his condition was assessed as non-life-threatening.

Detectives from the Met's Specialist Crime Command are investigating.

Anyone with information is asked to contact police on 101 or tweet @MetCC quoting Operation Tielen or CAD 7763/18Aug. Alternatively, call the independent charity Crimestoppersanonymously on 0800 555 111.

Online you can visit https://mipp.police.uk/and submit any photos, footage or information which you believe may be of relevance. 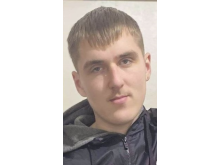