Two men have been jailed for nearly 60 years for the murder of a man who was shot and killed on his own doorstep in Finsbury Park.

Chad Gordon, 27, was shot as he opened the door to his address in Wiltshire Gardens, N4 on the evening of 18 May 2020. He was the victim of mistaken identity in an escalating feud between two local groups.

At the Old Bailey on Tuesday, 8 June two men were jailed as follows:

Both defendants had been found guilty following a trial at the same court on Tuesday, 25 May.

On the evening of 18 May 2020, Chad Gordon was at his home address in Wiltshire Gardens. At approximately 20:20hrs he went to answer a knock at the door; as Chad opened the door he was confronted by Sani-Semedo and Robinson, who had arrived at the address on a moped. Sani-Semedo produced a firearm and shot Chad in the face.

As Sani-Semedo and Robinson fled the scene, they pointed the firearm towards a mother and child who were walking in the street in order to make good their escape.

Police and London Ambulance Service rushed to the scene but despite their efforts Chad was pronounced dead at the scene at 21:07hrs.

Around 30 minutes after the fatal shot was fired, London Fire Brigade received a call to reports of a fire in the Lea Valley area. A subsequent search of the scene revealed this was the moped used in the shooting, which had been dumped and set alight. Police attended the scene and managed to recover items, including two bike helmets, similar to those used by the suspects in the shooting.

Officers established that there had been ongoing tensions between two groups in the area in the days preceding Chad’s murder. It was also confirmed that a male, suspected to be the intended target for the shooting, lived close to Chad.

Officers established the motive for the attack was a revenge attack for the murder of Jamal Ebrahim in Tottenham on 13 May 2020.

Following the arrests, phone analysis provided further proof of the defendants’ co-ordination of events, reinforcing the CCTV images of their movements and meetings prior to the murder.

Detective Inspector Laura Nelson from Specialist Crime who led the investigation, said: “This needless and senseless murder left a community and a family devastated.

“On that fateful night when he opened the door to his killers, Chad, who was a popular member of the community, had been at home with his family.

“Chad was a kind person, generous by nature, giving his time supporting people with learning difficulties at a local club.

“As if the killing wasn’t bad enough, Robinson and Sani-Semedo aimed the same firearm at a mother and child in order to escape.  Their behaviour was abhorrent in the extreme.

“The two planned the murder and the getaway on a stolen moped, believing that if they disposed of their phones and wore masks they would not be caught – they will now have decades in which to consider how very wrong they were.

“Chad’s family will never be able to comprehend the circumstances of how their loved one lost his life. They have shown dignity and strength throughout this investigation and I hope that today’s verdict will bring them solace. Chad’s senseless death has had a huge impact on the local community and I hope that the significant sentences imposed will help them to begin to heal and to perhaps feel just a little bit safer in their homes.”

Chad’s mother, Ann Marie Wilson, said: “At 8:25pm I received the worst phone call that any parent dreads, to say that something beyond my imagination has happened to my child. He had been shot. I prayed to the almighty God for him to be ok but my prayer was not to be answered.  At 9:20pm the earth shattering phone call came, a conversation with my little sister I will never forget, “I’m so sorry Sis, but he didn’t make it”.

“The numbness spread all over me. My world shattered, my heart broke into tiny pieces and cannot be mended.

“Chad was my world, my everything, but most of all my first born and he was no more. Our lives have been ruined. He will not be around to enjoy and participate in the merriment, jovial and frivolity of these occasions, all his birthdays and family celebrations. The chance to see Chad having a family of his own and a promising future has been taken away from us.

“The night he answered the door has put our family into disarray and has torn our worlds apart. The family home where Chad grew up has been left behind because of the painful memory of this death, which a year on is still difficult to return to.

Chad’s father, Narson Gordon, said: “Anyone who knew or met Chad would instantly recognise ‘a gentle giant’ with humility to match. The hurt and anguish caused by his evil murder is immeasurable.

“The void left is deeply felt by his aunts, sisters, nephews, nieces, cousins and especially by his 95 year old grandmother who is still inconsolable.

“It is heart wrenchingly sad that Chad was not allowed to flourish and live beyond the age of 27. I wish this for no parent.”

+ Three other men were on trial with Sani-Semedo and Robinson. On Tuesday, 25 May all three of them were found not guilty of murder at the Old Bailey. 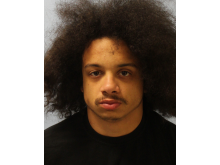 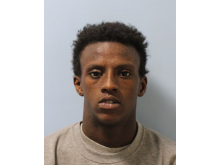 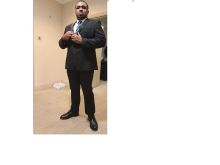 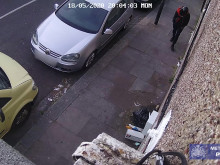