She pleaded guilty on Tuesday, 20 April at the same court to two counts of sexual activity with a child, sexual communication with a child and abuse of position.

Wright has also been added to the Disclosure and Barring list and placed on the Sex Offenders Registers for ten years.

The initial offence of abuse of position relates to a secure training centre in Buckinghamshire in May 2019, where Wright worked as a Secure Care Officer.

The sexual offences occurred between May 2019 and January 2020 in and around south west London and the surrounding areas.

The offences all relate to one victim who was aged between 15 and 16 at the time of the offences.

Detective Sergeant Julie Harding, from South West Command Unit said: “This woman committed a series of serious offences, abusing her position of trust in order to exploit and abuse a young man in a vulnerable position who was under her authority and in her care.

“This sentence demonstrates that sexual assault and violence will not be tolerated in any form against any victim. Victims of abuse and sexual violence should feel confident that officers will work tirelessly to seek justice.

“I would encourage anyone who is victim or witness to sexual abuse in any context to contact police. We have specially trained officers to investigate as well as ensuring there is ongoing support provided to victims.”

If you need to report a crime, you can do so by contacting police on 101 or report online at www.met.police.uk

+ If you have been a victim of sexual assault or rape or you have information about an offender, contact police on 101 or 999 in an emergency – there are specially trained officers who will listen and investigate where appropriate.

Further information, including details of agencies and charities that can offer support can be found on our website 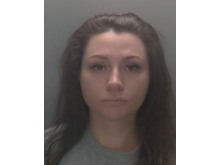